Martyrdom, Memory and Reality of Christians

Ever since the dawn of Christianity, martyrdom has been the prevailing phenomenon, that accompanies the preaching of the gospel.  Most of the disciples and apostles of the Lord Jesus, were subjected to torture and won the crown of martyrdom.

Martyrdom accompanied Christianity with its different churches, all over the world.  Our Coptic church of Egypt was not an exception.  Throughout the ages, it has had a major portion of persecution among the churches, which offered martyrs in the name of Christ.  So much so, that it came to be known as “the Mother of Martyrs.”  Its calendar called Anno Martyrum, the ancient Egyptian calendar, is given a new beginning with the ascension of emperor Diocletian to power in AD 284.  His rule was known for its savage persecution against Christians. The Coptic church was foremost in bearing the burden of that horrible oppression.

Our church continued to offer martyrs all along its history, on account of foreign rule beginning with the Romans, down to the Persians, then Arabs, Memlukes and Turks. And at last on the modern times, in which it has had some respite in view of freedom of worship, and comparably human rights.

With the progression of religious freedom, we expected the times of martyrdom to end.  Many of the eastern and western nations alike, declared the equality of all citizens, and the freedom of every person to embrace whatever religion, doctrine or political tenet he wished—guaranteed with the protection of law.

However, religious extremism did not end, despite the openness of peoples towards each other.  In the Middle East cliques of religious extremists began to form.  They did not believe in the freedom of faith for every person.  Such cliques began to kill anyone who disagreed with them in faith.  But what is surprising is that, some of the progressive nations, which called for freedom and human rights on their own lands, were often themselves those which financed and equipped such extremists with weapons!

As for Egypt, it found itself in a dangerous predicament.  In February 2015, we were surprised by the news of slaughtering 21 Copts by the seaside in Libya, just for being Christians!  This year, during the celebration of Palm Sunday, on April 9, 2017, two churches were exploded: the first was the church of St George in Tanta, in which most of the church choir was martyred; the second explosion was in Alexandria, at the gate of the church of St Mark, where H.H. Pope Tawadros was celebrating mass on Palm Sunday.

Right away in the following month, May 26, 2017, a band of terrorists attacked a bus carrying some Copts on their way to the desert monastery of St Samuel the Confessor, in Middle Egypt, to attend prayers.  The terrorists asked the women and children, “Are you Christians?”  When they said, “Yes!” they asked them to deny their faith, but they refused.  Some were thereupon slaughtered and the rest were shot.

Some surviving children reported, how the terrorists allowed those who were killed the choice between denying Christ and being slain.  What is surprising is that, these people, despite their simplicity and scanty biblical or theological knowledge, had much more faith than some biblical scholars or theology professors or, perhaps, many of the clergy.  Martyrdom in the name of Christ needs genuine faith, rather than much theological knowledge.

As H. H. Pope Tawadros the second described them, they are living examples which lived among us, and inhaled true faith ever since their childhood, regardless of other attributes which they might have acquired like education, culture, age, social standard or sex. What brings them together is that God chooses them while being in a state of grace and genuine moments of sincerity and interest in their eternal life.

In this vein the late Fr. Matthew the Poor, the spiritual father of St Macarius Monastery, says:

[… This doesn’t mean that Christian martyrdom is a higher degree of faith.  Rather, a martyr is a person, who professes his faith, by totally and ultimately basing it on the verse which says, “For to me, living is Christ and dying is gain” (Philip 1:21).  He actually declares that he genuinely lives in Christ, not with words, but in a way more attestable than words: the readiness to die! given that death is the gate to eternal life and immortality with Christ].

These are just samples of what happens now to Christians in the Middle East and some African countries: martyrdom in the name of Christ!

The Coptic church has appointed, in its calendar, the day commemorating the martyrdom of those Copts in Libya, as an annual festival, celebrating the memory of modern martyrs, to whose list would be added every new martyr of our own time.

The question now is: with the progress of science and technology, as well as the laws of freedom and human rights, can we foresee for the disappearance of that threat—thus bringing to a closure the age of martyrdom in the church?

The following story accounts for my opinion.

It happened once upon a time, that some evangelical preachers in the US received new believers from South Korea.  The Christian Koreans questioned the Americans: Is there any persecution of believers here in America?  They answered: Surely not! We are a country of freedoms that knows nothing of religious persecution!  The Koreans answered: This means that there are no godly lives here among you; for the Bible explicitly says, “All who want to live godly lives in Christ Jesus will be persecuted” (2 Tim 3:12).

This is not an encouragement to persecution.  Rather, it’s a call for enduring persecution if it takes place against believers.  Let’s remember the words of the Lord Jesus, “Remember what I told you, ‘A slave is not greater than his master.’ If they persecuted me, they will also persecute you” (Jn 15:20).

Martyrdom to the church is a holy memory which increases our faith.  It’s also a phenomenon which accompanies believers in every age. Just as the early Christians offered their lives to spread the gospel everywhere in the world, so do Christians of our time, have to offer their blood for keeping that same faith.

Nevertheless, in spite of our suffering for what befalls us in Egypt and in many parts of the world, we still hold dear to us the words of the Bible, “Bless those who persecute you, bless and do not curse” (Romans 12:14).

After Palm Sunday we imagined that the churches will be empty during the Passion Week and Easter Day, but on the contrary, the churches were crowded by the Copts, and the Copts accustomed to say to each other, let us go to the church to have the crown of martyrdom while we are praying.

A mother said to her husband, let every one of us attend the Easter  Day in different church, so if one have killed, the other would take care of the children, this is Christianity 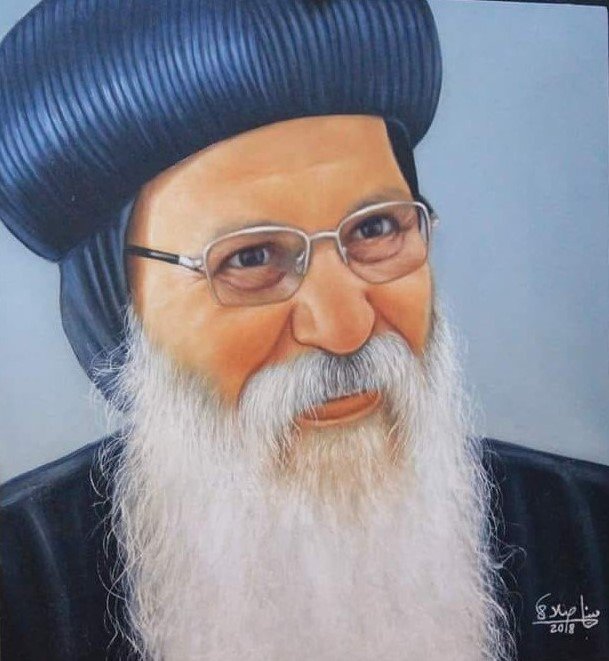